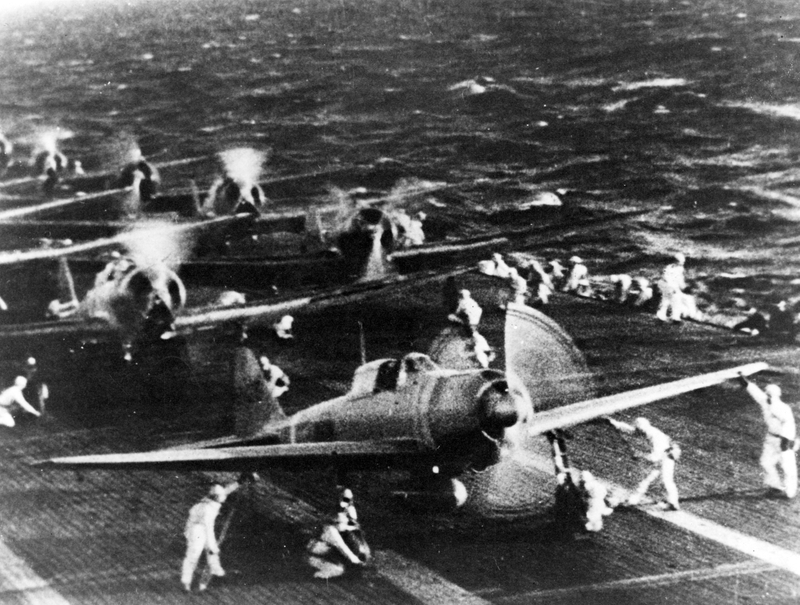 Japanese naval aircraft prepare to take off from an aircraft carrier (reportedly Shokaku) to attack Pearl Harbor during the morning of 7 December 1941. Plane in the foreground is a Zero Fighter. This is probably the launch of the second attack wave. The original photograph was captured on Attu in 1943. Official U.S. Navy Photograph, now in the collections of the National Archives.