I’ve learned about something new. My Iowa friend Jill came over to help dig out my water pipe after we had 36 inches of snow, and pointed out the BLUE SNOW she saw everywhere. At first I couldn’t share her excitement, because I didn’t know where to look.

But then, viola! Between the crevasses and cracks, it’s everywhere. With all the melting going on, there’s not so much now, but this morning I took some photos. Can you see it here?

Or here, even though these are just cell phone photos? 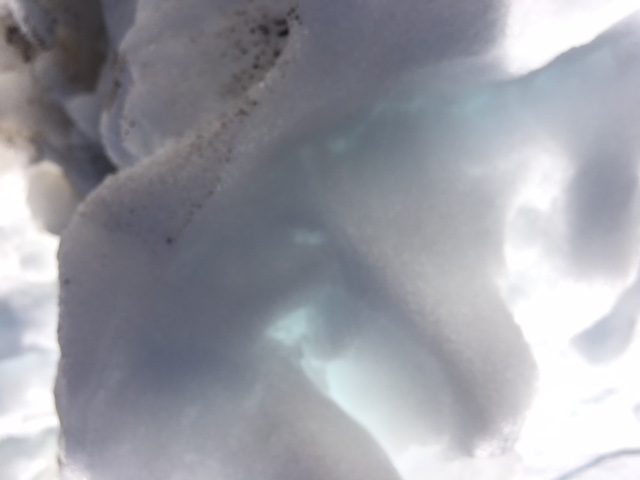 For me, this is a new phenomenon, and of course, scientists have an explanation:

As with water, this color is caused by the absorption of both red and yellow light, which leaves light at the blue end of the visible spectrum. When this light travels into snow or ice, the ice grains scatter a large amount of light.

Cool! Even in the midst of a massive snowfall, we can find something intriguing and (for me, anyway) exciting. Having lived in snow country my whole life, I have to wonder why I never saw this before. Maybe it’s because of the altitude here?

Whatever the reason, there it is. And like my friend asked me the other day, CAN YOU SEE IT? becomes the big question.

This question figures in many of the novels we read. The reader sees something the characters don’t, or vice-versa. In a mystery, we seldom see the whole picture until the end.

In the process of publication, things sometimes change. I should let you know that the release date for All For The Cause, in which the heroine and hero navigate many World War II questions, has been changed. You can now expect it to surface into the big, wide world in late March or early April.

In the meantime, keep your eye out for blue snow and the like!

And since few of my blogs are complete without a photo from Lance, here you go…see the blue? 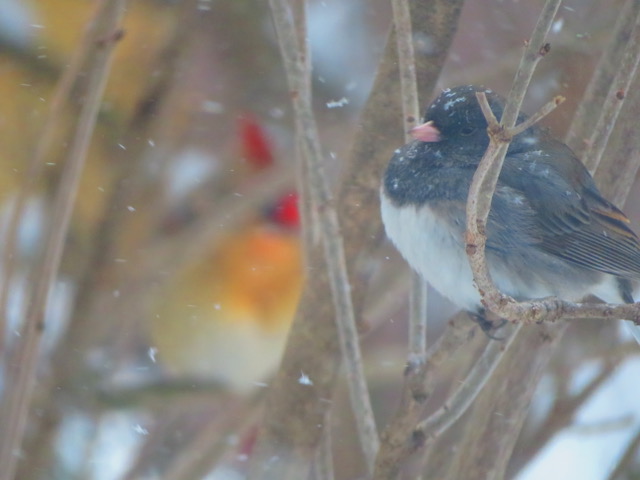