Learned something new today: the Latin word canicular, meaning “small dog”, originates in Canis, from which we get our word canine.

Sirius, the star that represents the hunter Orion’s hound in the constellation, was also called Canicula. Because we first see Sirius rise during summer, the hot sultry days from early July to early September came to be called dies caniculares, i.e. “the dog days.”

Isn’t it fun to discover all the ins and outs of our vocabulary? All of what I’ve written so far is to introduce more photos from our England trip. The first, from Bletchley Park, shows some women dishing up corned beef hash. They offered tastes, and sent the recipe home with all comers. 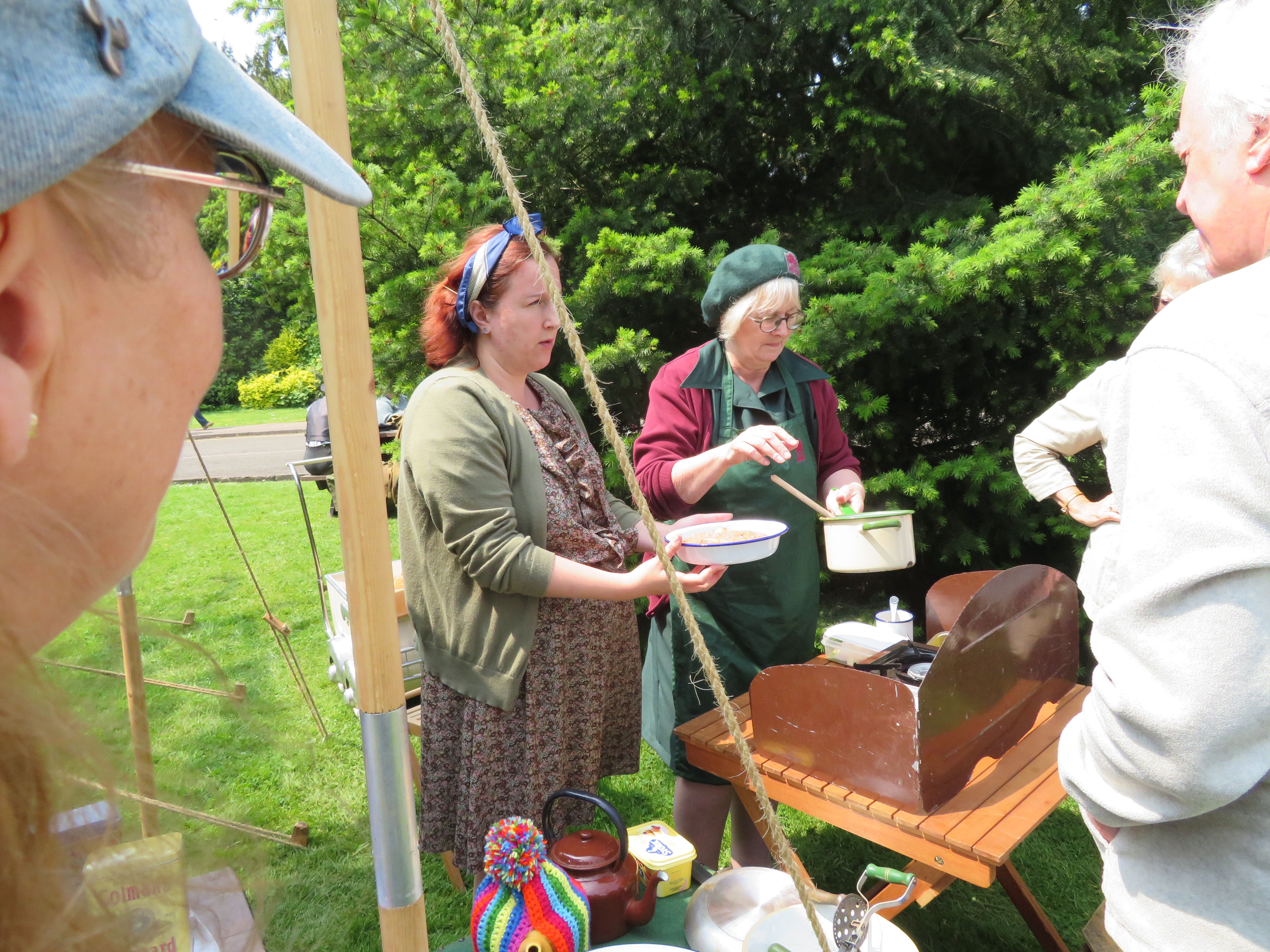 Note the authentic 40’s clothing, enamelware, and head gear. Now, picture British women like these sweating over a hot stove in a cramped flat with no air conditioning, not even a fan. In one of England’s industrial cities, with bombs being dropped night after night.

The hash wasn’t bad…exactly. Just very bland, but spices were hard to come by. That’s why the black market managed such a thriving business, despite severe reprisals if the seller were caught in the act. 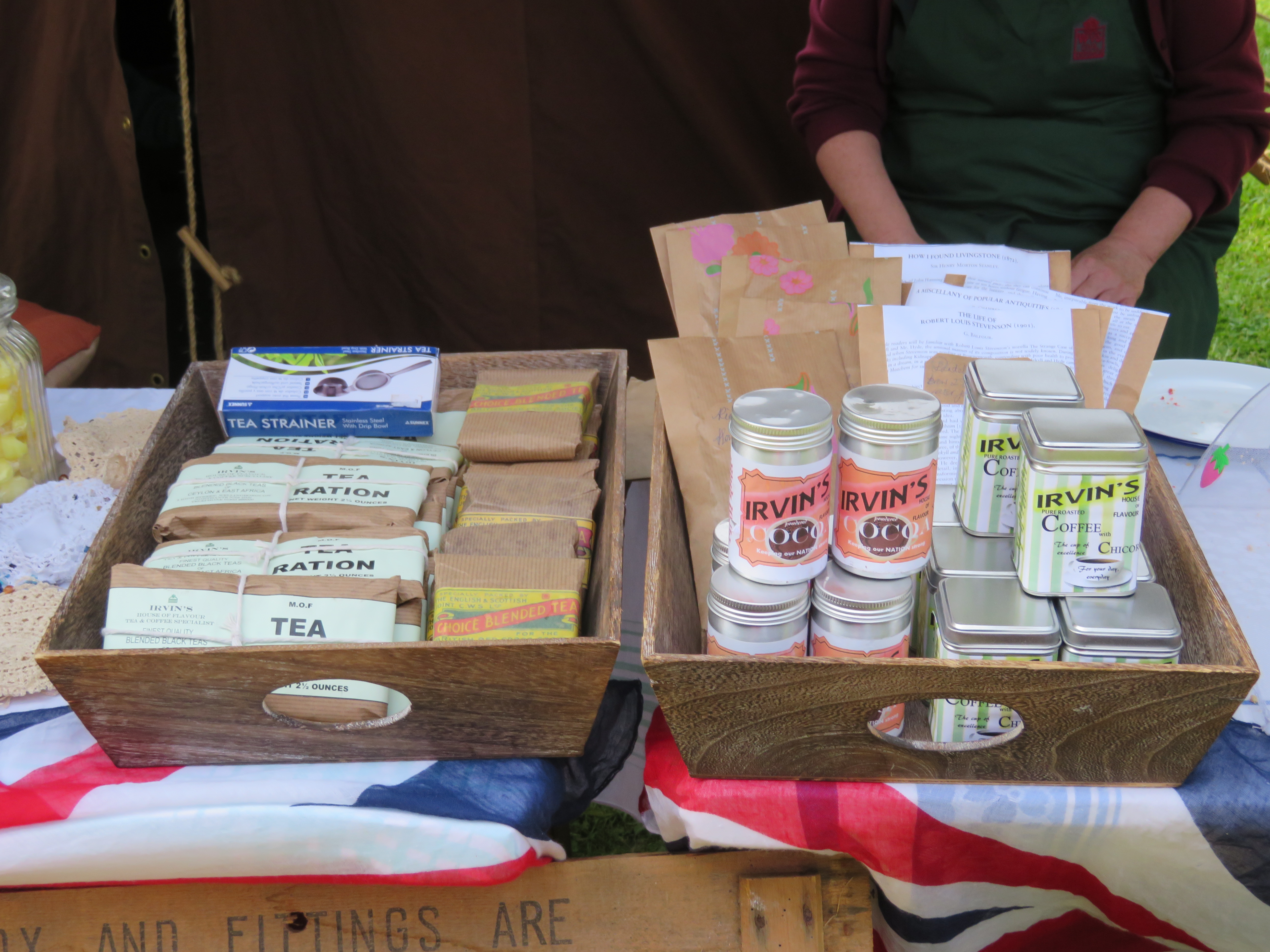 Here are some items he (or she) would carry…I personally would have a TOUGH TIME if tea were rationed, and know some people who might be highly tempted to go black market for precious coffee!

The oppressive heat of dog days makes many of us crabby, but we can find a cool place to spell us through the worst. The citizens of England could not, but they KEPT CALM and CARRIED ON. And can you imagine how relieved they were when one by one, items became unrationed? Keep in mind, this took years AFTER the war…my hat is off to all who toughed it out!