Welcome Patrick Craig! One glimpse of this heroine’s face piqued my curiosity – here, Patrick tells us a little more about how she came to be. And he’s offering a signed paperback copy to a commenter. Now, readers, delve into history!

When Gail asked me to write an article about my latest book,The Mennonite Queen, she mentioned that the historical setting, Poland in the 1500s, greatly interested her. And for history buffs, Poland does have a unique place in the European scene. From conquerors to survivors—the nation has always been in a state of flux and somehow at the center of European history—and a perfect setting for this book. 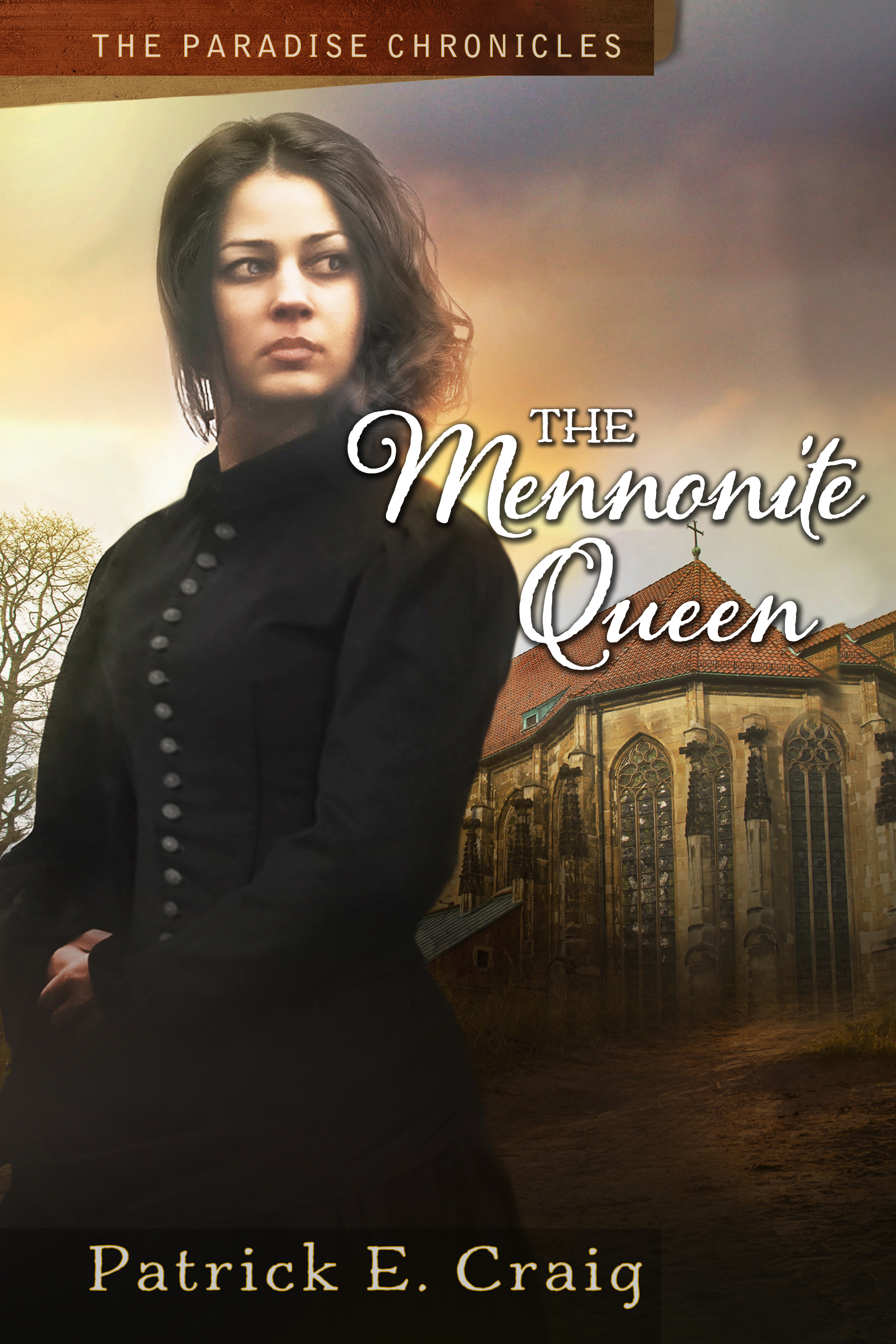 In the first book, A Quilt For Jenna, Jenny is a lost little girl found by Jerusha Hershberger Springer in a terrible snowstorm—but the setup for the book details the Amish roots of the Hershberger family in Apple Creek, Ohio and how they came there from Europe in the 1700s. Then in the second book, The Road Home, a grown-up Jenny meets and eventually marries a very distant cousin, Jonathan Hershberger, who comes back to his Amish roots with Jenny’s help.

Creating a historical background for Jonathan’s family and their departure from the Amish faith at the time of the Revolutionary war set the stage for my historical Amish novel, The Amish Princess. And then, since I had been dealing with the women of the Hershberger family (Jenny’s Choice, The Amish Heiress) I decided that I needed to tell the story of the grand matriarch of the Hershberger family going back to the 1500s in Europe and use that story to establish the Hershberger ties to the Mennonites and the Amish.

So I cast about for a historical figure that would fit into my timeline and found the perfect heroine—Isabella Jagiellon, the daughter of King Sigismund I of Poland and the writer of the first edict of toleration in European history. I created a fictional three year-period in Isabella’s life where she meets and marries Johan Hirschberg, a stable boy in her father’s service and Jenny Hershberger’s great-great-great- (way-back)-grandfather. So now I had the themes of forbidden love and growing faith and I needed an exciting place to set the story.

In the Münster Rebellion, a group of Anabaptists, the predecessors of the Mennonite church, refused to let the Catholics and Lutherans persecute them any longer and overthrew the city of Münster, Germany in 1534. This led to a yearlong siege and the slaughter of the Anabaptists who did not starve to death in the seige. I thought this would be a great place to send Johan and Isabella, so I have them flee Krakow to avoid Isabella’s marriage to the King of Hungary and journey to Münster to join the revolution. But as many of these things turn out, the leaders of the so-called “Kingdom of Heaven on earth” were madmen who led their followers into a horrible situation. The star-crossed lovers flee Münster and end up in the home of Menno Simons who, with their help, becomes the founder of the Mennonite Church, which later evolves into the Amish.

I love setting real people into fictional settings so all the characters in The Mennonite Queenexcept Johan, Magda, Frederich and two of the minor characters are real people. The court of Sigismund, the city of Münster, the events and timing of the story, the life of Menno Simons, all those I gleaned from historical research. Johan’s name comes from an actual mountain in Switzerland where the Hershberger family originated. And I also don’t believe every book has to have a “happily ever after” ending, so The Mennonite Queen does not, bu tit is emotionally satisfying. I knew this was a good book when my wife, my line and copy editor, handed me the last proof with tears running down her face.

And that is the story of The Mennonite Queen.

Patrick E. Craigis a traditionally published/independent author. In 2013, Harvest House Publishers published his Apple Creek Dreamsseries. His current series is The Paradise Chronicles, published by P&J Publishing,andthe first book, The Amish Heiresswas published in 2015. It remained on the Amazon Top 100 best sellers list for seven months. The Amish Princesswas released in 2016 and The Mennonite Queen in April 2019. In 2017 Harlequin purchased the print rights for The Amish Heiress for their Walmart Amish series. That book will be in Walmart stores on April 2, 2019. Patrick signed with Elk Lake Publishers in March 2019, to publish his kids’ mystery series, The Adventures of Punkin and Boo.  Patrick and his wife, Judy, make their home in Idaho. Patrick is represented by the Steve Laube Agency.

Where can readers find Patrick online?

3 thoughts on “The Mennonite Queen”