Skip to primary content
My friend Jane posted this fascinating cloud photo from her home in Colorado: 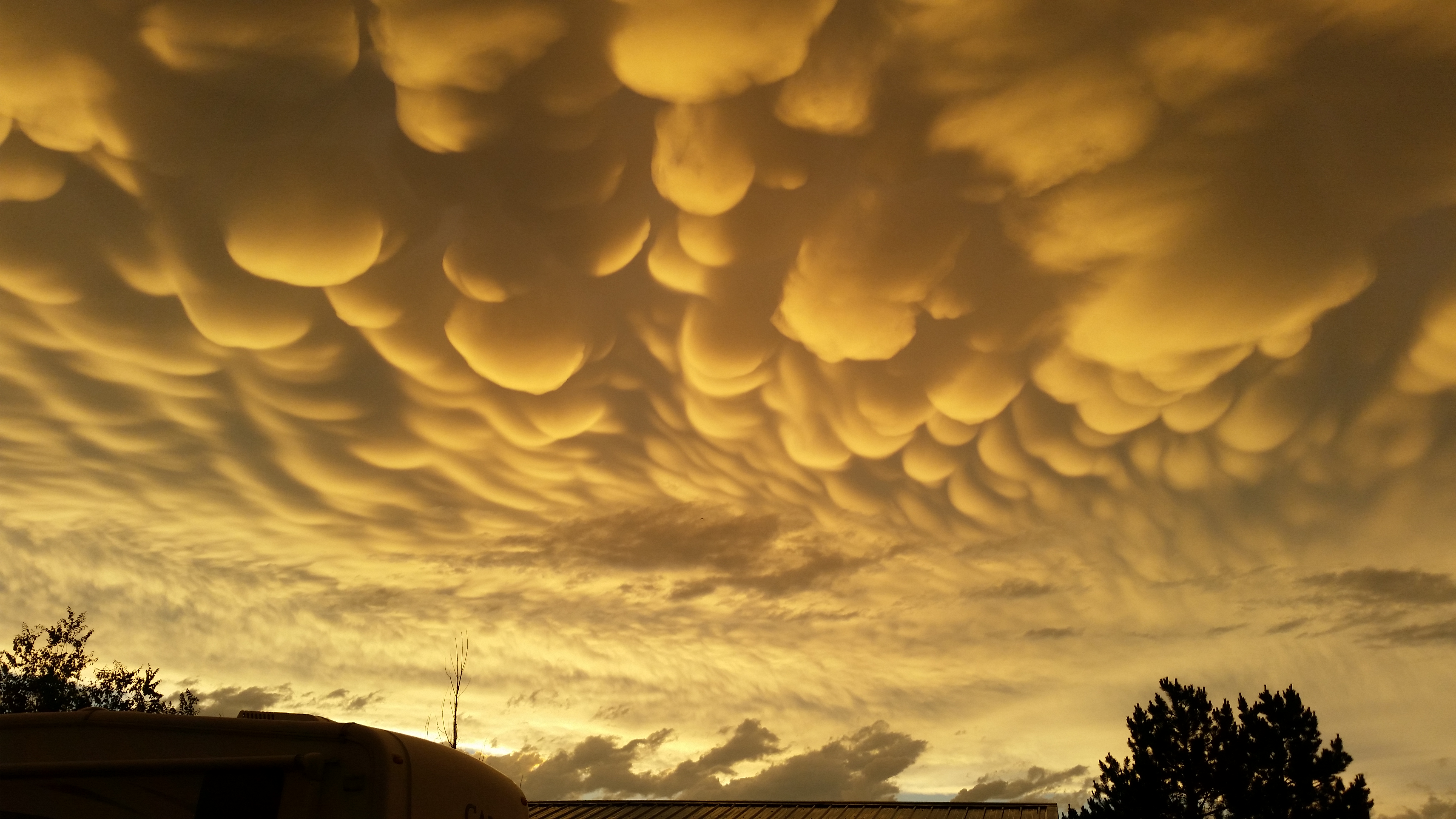 I could study the play of light and shadows for hours –notice those lower dark clouds extending upward, too. Makes me think of a verse I memorized long ago for our sixth grade science fair… “When I consider the heavens, the work of Thy fingers, the moon and the stars which Thou hast ordained…”
Obviously, that was back in the day when science and Scripture cohabited without rancor. A simpler time, some say.
Not knowing the appropriate technical term for this phenomenon, I turned to Wikipedia and found another photo with a description: 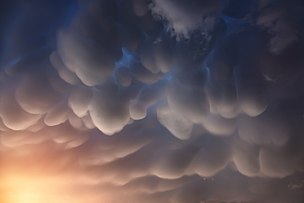 Mammatus clouds in the Nepal Himalayas

Mammatus (mamma[1] or mammatocumulus), meaning “mammary cloud”, is a cellular pattern of pouches hanging underneath the base of a cloud, typically cumulonimbusrainclouds, although they may be attached to other classes of parent clouds. The name mammatus is derived from the Latin mamma (meaning “udder” or “breast”). According to the WMO International Cloud Atlas, mamma is a cloud supplementary feature rather than a genus, species or variety of cloud. They are formed by cold air sinking down to form the pockets contrary to the puffs of clouds rising through the convection of warm air. These formations were first described in 1894 by William Clement Ley.[1][2][3]

So interesting, especially when I’ve been researching the weather of 1944-45, when brutal storms made such unspeakable misery for American troops in the Battle of the Bulge. Picture young men in summer uniforms trapped in those freezing foxholes under enemy fire. Supply lines created a terrific challenge, and without vital winter clothing, their bodies paid a heavy price.

Trench foot and dysentery marked these soldiers, largely 18-22 year-olds from farms and towns all across the United States. While supplies lines halted, they froze. While commanders wrangled, they froze. And when they could no longer function, they arrived at field and evacuation hospitals, where nurses and doctors did their best to care for them.  Some of these medical personnel, like the heroine of the novel I’m working on, had already given several years of their lives to the cause, across North Africa, through Sicily, up the Italian boot, through France and into Germany.

Imagine performing everything from amputations to brain surgeries, back-to-back, for eighteen hours in a row…or longer–in tents. That’s just it, we CAN’T imagine. Maybe that’s why their stories grip us. We want to comprehend how much they sacrificed for freedom’s sake.

Another friend shared an equally spectacular photo of sunset in Mesa, Arizona. Thanks, Machelle! This one adds more brightness and cheer: 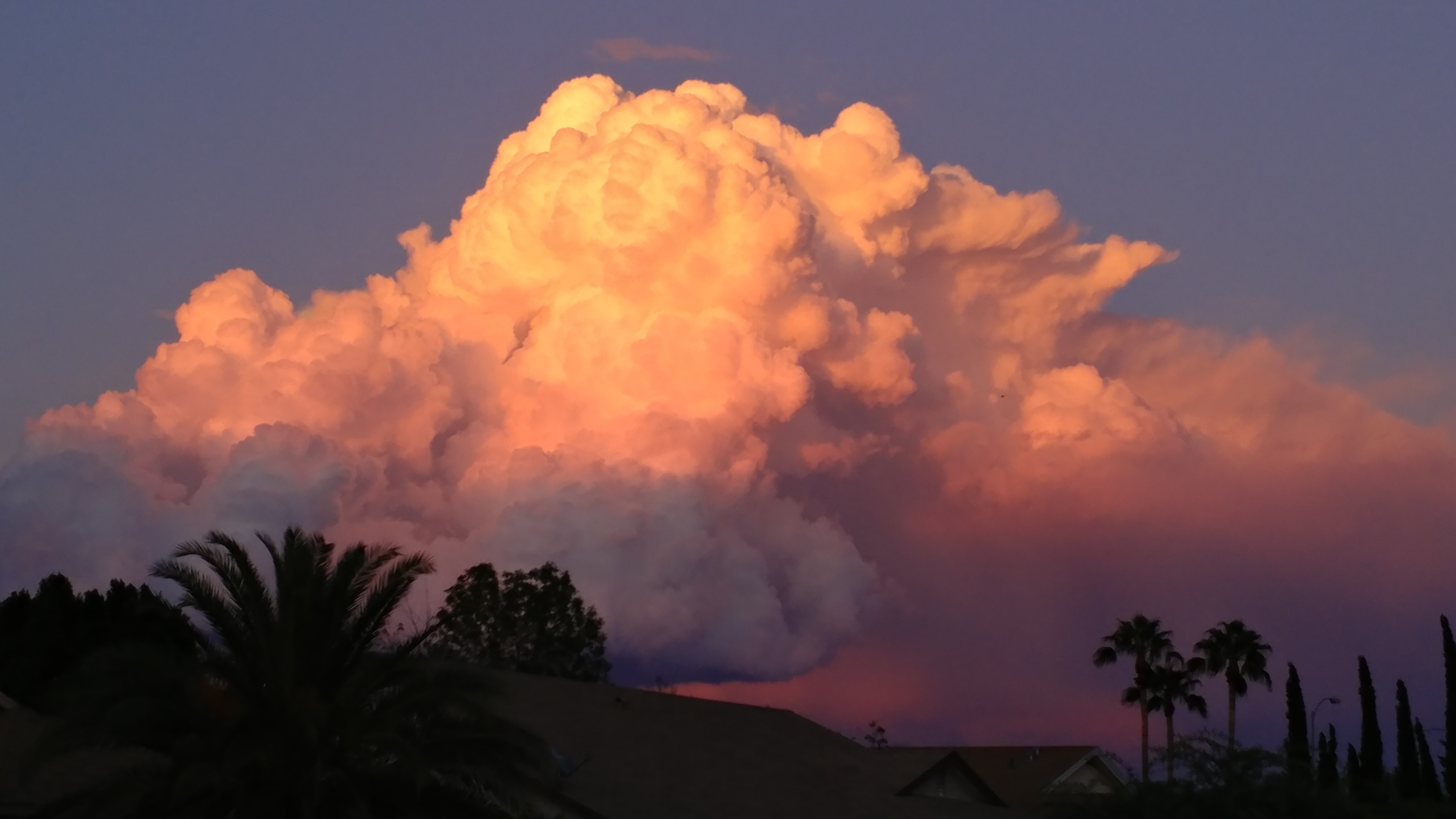 World War II did finally come to an end, so I have to remember that even as my heroine slogs through the winter of 44-45, a future spreads before her, with love and laughter, good times with family and friends. In fact, two of her comrades from the nurse corps will remain BFFs.