Peggy Ellis join us today with the second edition of her book of stories written by World War II women. So much to learn here! Peggy’s giving away a signed paperback to one commenter (U.S. only). Thanks so much for honoring these women, Peggy!

From 1939 through the end of World War II in 1945, we learned war is not only bombs and battleships, firearms and foxholes. War demands support from people on the home front. That is the basis for Challenges on the Home Front, World War II.

Throughout history, women have held pivotal positions but too often without acknowledgement. This generation of women, through sheer determination, held the family together during the Great Depression and immediately accepted and conquered the challenge to hold their nation together during a devastating world war.

These women refused to revert to their subordinate role at the end of the war. With the support of President Harry Truman, they led the charge for gender equality which led to the equality movement of the 1970s and still affects us today.

From the time Germany and Japan declared war on Europe and the United States until total surrender in 1945, people who had dealt with the difficulties of the worldwide Great Depression now faced more deprivation and uncertainty. Women carried a major burden: the need to maintain their homes and families while taking the places men had formerly occupied in the workforce.

To do this, they had to overcome the centuries-old belief that a woman’s place was only in the home. The term ‘Rosie the Riveter’ originally applied to women working in airplane factories but came to represent various previously all-male workforces.

Challenges offers stories from eight home fronts: Belgium, England, Finland, Germany, The Netherlands, The United States, Wales, and The West Indies. These first-person stories were written by individuals, not based on interviews.

I have tremendous respect for a generation of women, my writers’ group helped me meet my dream of giving voice them. We contacted people we knew who had lived in other countries during the war. I emphasize that these individuals wrote their own stories.

I originally prepared this for Women’s History Month, but some entries come from men—I only specified no battle stories. This second edition contains the original, including era photographs and additional stories. On a 2019 cruise, one of the speakers was a British authority on WWII, and my conversations with him enhances this edition.

Perhaps these stories will encourage you to research your family’s experiences during the years when women took on new challenges and proved themselves, indeed, to be “The Greatest Generation” as newsman Tom Brokaw labeled them.

This year, Peggy Lovelace Ellis celebrates fifty years as a writer and freelance editor. She continues both professions. She has published in many nationally-distributed magazines, had a regular column in the RPG Digest, ezine and print for 15 years, and published in the Divine Moments series, Merry Christmas Moments (2017), Christmas Stories (2020), and Broken Moments (2021). For four years, she produced and edited a 15-page monthly periodical for local readership. She compiled and edited three anthologies for her writers’ group: Challenges on the Home Front World War II (Chapel Hill Press, 2004; Second Edition, 2020), Lest the Colors Fade (Righter Books, 2008), and A Beautiful Life and Other Stories (Righter Books, 2010). Each contains her short fiction, memoirs, and research. She also published a book of her own short stories, Silver Shadows, Stories of Life in a Small Town (2021).

Usually we welcome fiction authors, but non-fiction authors Crystal and Meghann Bowman offer so much to many women in this new publication. I can attest to the beauty of these heartfelt stories and the hope they offer. The authors have agreed  give away one copy of this book, published by Harvest House, so please leave a comment.

According to the Center for Disease Control and Prevention, about 10 percent of women in the United States have difficulty getting pregnant or staying pregnant. That’s about 6.1 million women whose bodies work a little differently when it comes to having a baby. When infertility rules a woman’s life, the downward spiral begins.

Everyday experiences become painful reminders. She stays home from church on Mother’s Day, and she cringes when she receives another baby shower invitation. It also takes a toll on her marriage as making loves turns into making babies.

This is how my daughter-in-law Meghann felt for more than 5 long years. Besides wondering what was wrong with her body–and why she couldn’t do the one thing that a woman’s body is supposed to do—she felt alone. Surrounded by pregnant friends and happy baby announcements, she struggled with feelings of inferiority and sadness.

After several exhausting years, Meghann finally became pregnant and is currently the mother of two healthy little ones. Her desire is to offer hope and encouragement to other women who are walking that lonely path. She wanted to write a book and came to me for help.

Since her story is only one woman’s story, I had an idea: what if we collected stories from 30 women so we could have a wide variety of stories? Meghann said “Yes!” and the project began. 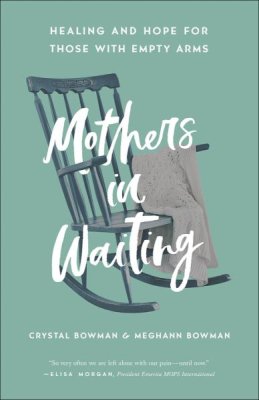 I thought it would be difficult to find 30 women to share their stories, but God brought them to me one after the other. It seemed no matter where I went, I met women who wanted to share their stories. Women of all ages, all ethnicities, and all walks of life offered their stories of infertility, surgeries, miscarriage, adoption, IVF failures and successes, as well as finding peace in being childless.

The result is a beautiful new book titled Mothers In Waiting–Healing and Hope for Those with Empty Arms.

Each story follows the same format: My Story; My Struggle, My Strength, and My Scripture. Each story is told through the voice of the contributor—honest, real, and heartfelt. There are no easy answers or simple solutions offered. But readers with aching hearts will find hope and encouragement from women who want to walk beside them, identify with their pain, and point them to God.

You can find this encouraging book here: https://www.harvesthousepublishers.com/books/mothers-in-waiting-9780736975360 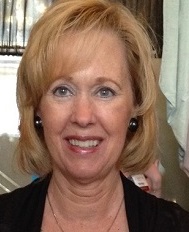 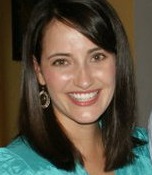