Seventy-seven years ago today, what occurred in the World War II timeline?  April 9, 1942…am I referring to something in Europe or possibly North Africa?

No, this day marks the fall of Bataan to the Imperial Japanese forces in the South Pacific. In general, we seem to know far less about the surrender of the Philippines than about other dire situations in World War II history.

But my new novel ALL FOR THE CAUSE will hopefully increase understanding of this war theater. Why? Because the fall of Bataan–and of Corregidor about a month later–affected so many Americans.

Tens of thousands of soldiers, sailors, airmen and nurses stationed in the Philippines left worried families back home. And when the news of the Allied loss hit the airwaves, those families’ worst fears increased.

Had their loved ones survived the horrific bombing that led to this surrender? Would the troops now be taken to prison camps? What would become of them…and when could the families hope for word?

ALL FOR THE CAUSE introduces Private Stan Ford, a Wisconsin native who signed up with the National Guard and arrived in the Philippines before the Pearl Harbor attack that ignited the U.S. declaration of war on Japan. Because of the press surrounded that horrific attack, what occurred in the Philippines might be lost in the shadows.

But our troops stranded on the island of Corregidor endured intense deprivation and trauma. Those who survived the battle may or may not have lived through the terrible march up the mountains to a Japanese prison camp–the Bataan Death March.

At the encouragement of his Captain, Stan chose to flee to the mountains to join guerrillas fighting the enemy until General MacArthur returned to liberate the islands. But what he observed on the way–captured American prisoners on the impossible trek to a remote POW camp–imprinted in his mind forever.

Back in the States, Twila Brunner seeks to contribute to the war effort and discovers a possibility reported in the local newspaper. Who would ever have imagined a prisoner of war camp built in the middle of an Iowa cornfield to house Nazi captives? In accepting a position at the camp, Twila finds far more than she ever could have dreamed.

When Stan is forced to return to the States, his journey intersects with Twila’s. All he wants is to return to liberate his comrades on Bataan, and he puts every effort into making this happen. But sometimes, unexpected joys lie along the path of duty.

And here’s the purchase link:

Available in e-book, paperback, and hardback from WordCrafts Press.

I hope you enjoy this story and hold dear the men and women who gave their ALL FOR THE CAUSE – and please leave a review on Amazon if you do.

October partially undressed the flame bush near our back door, 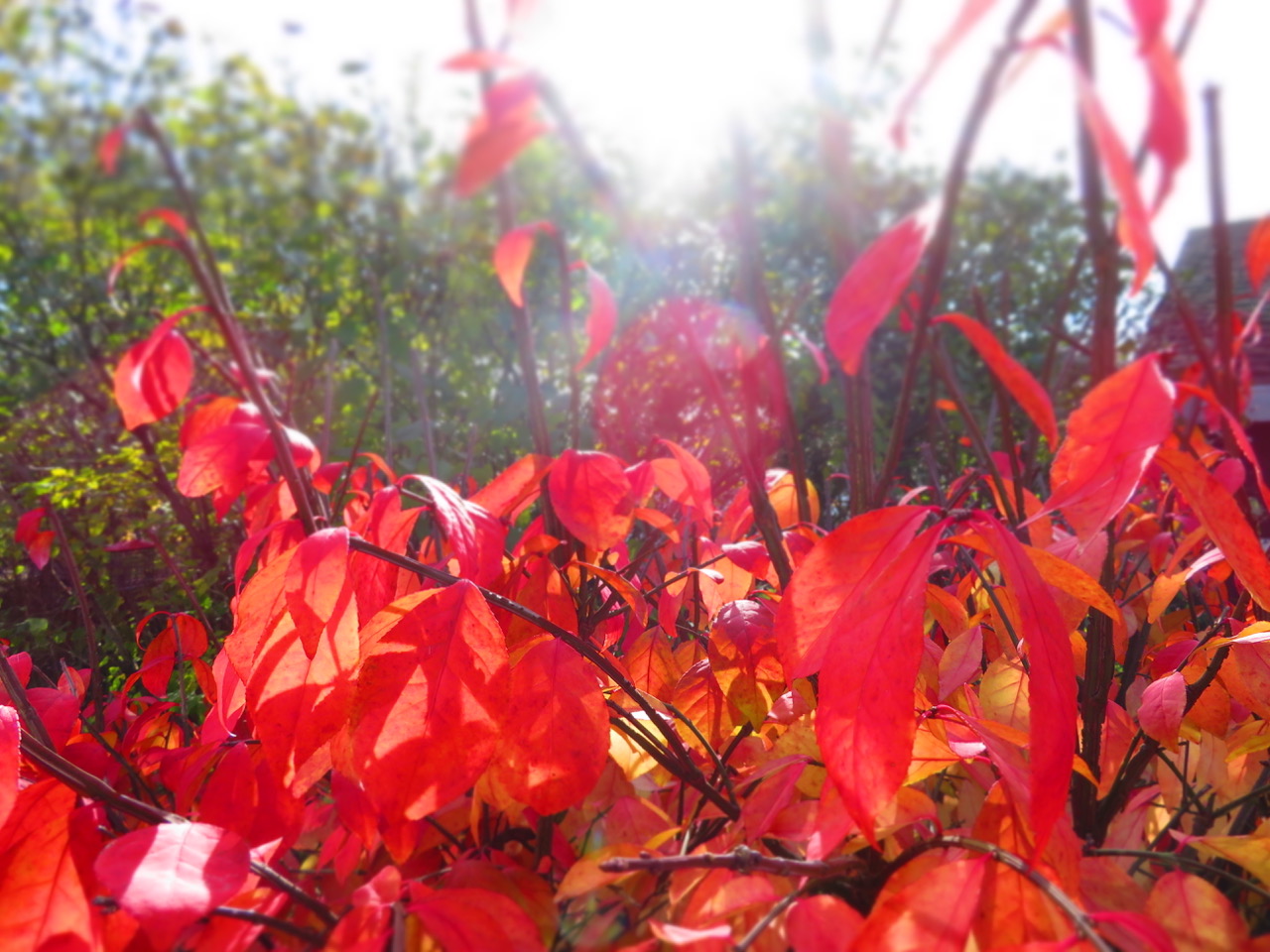 Scattered leaves along the path south of our house… 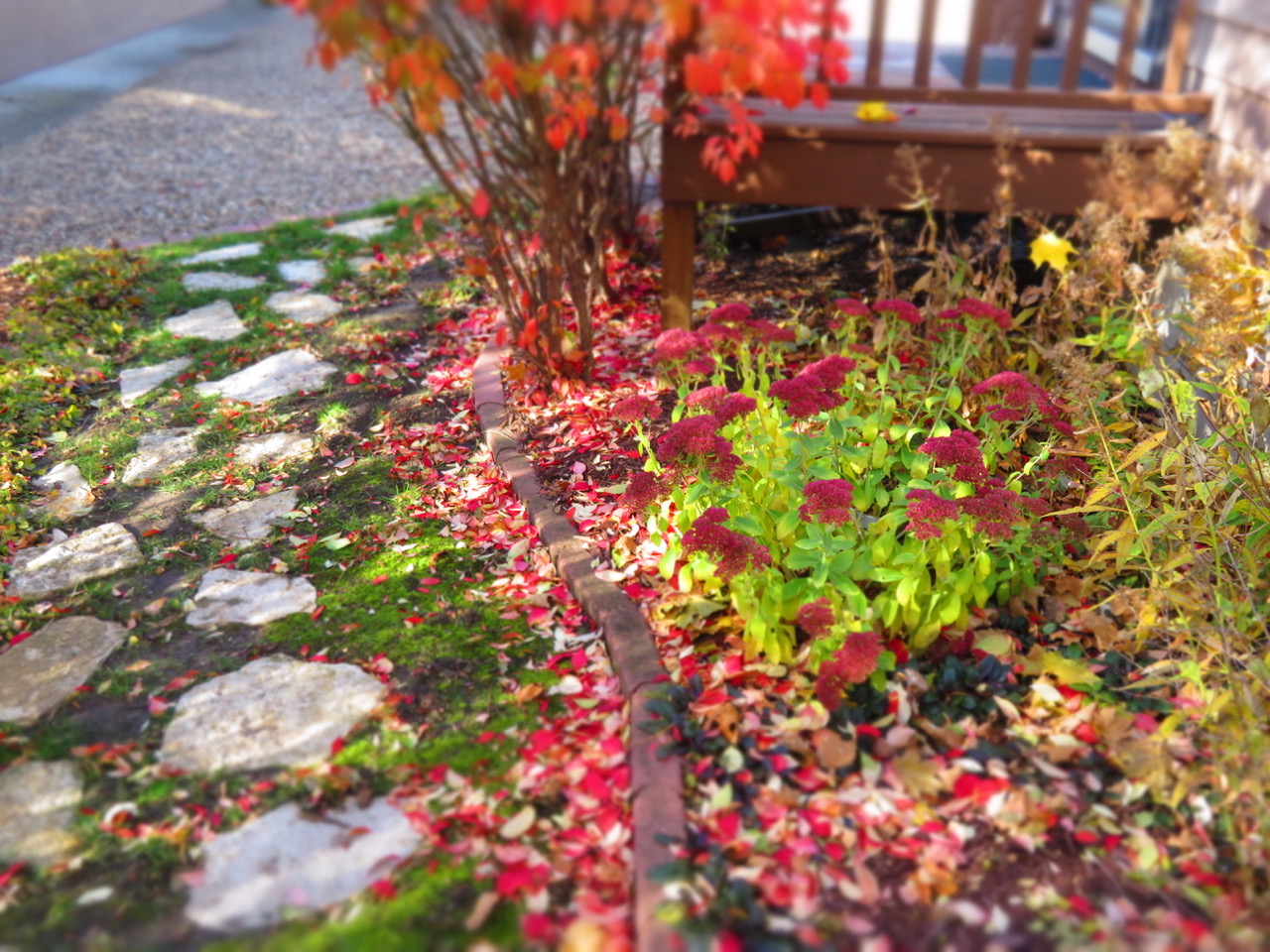 Shone glory through what brightness remains on the branches, 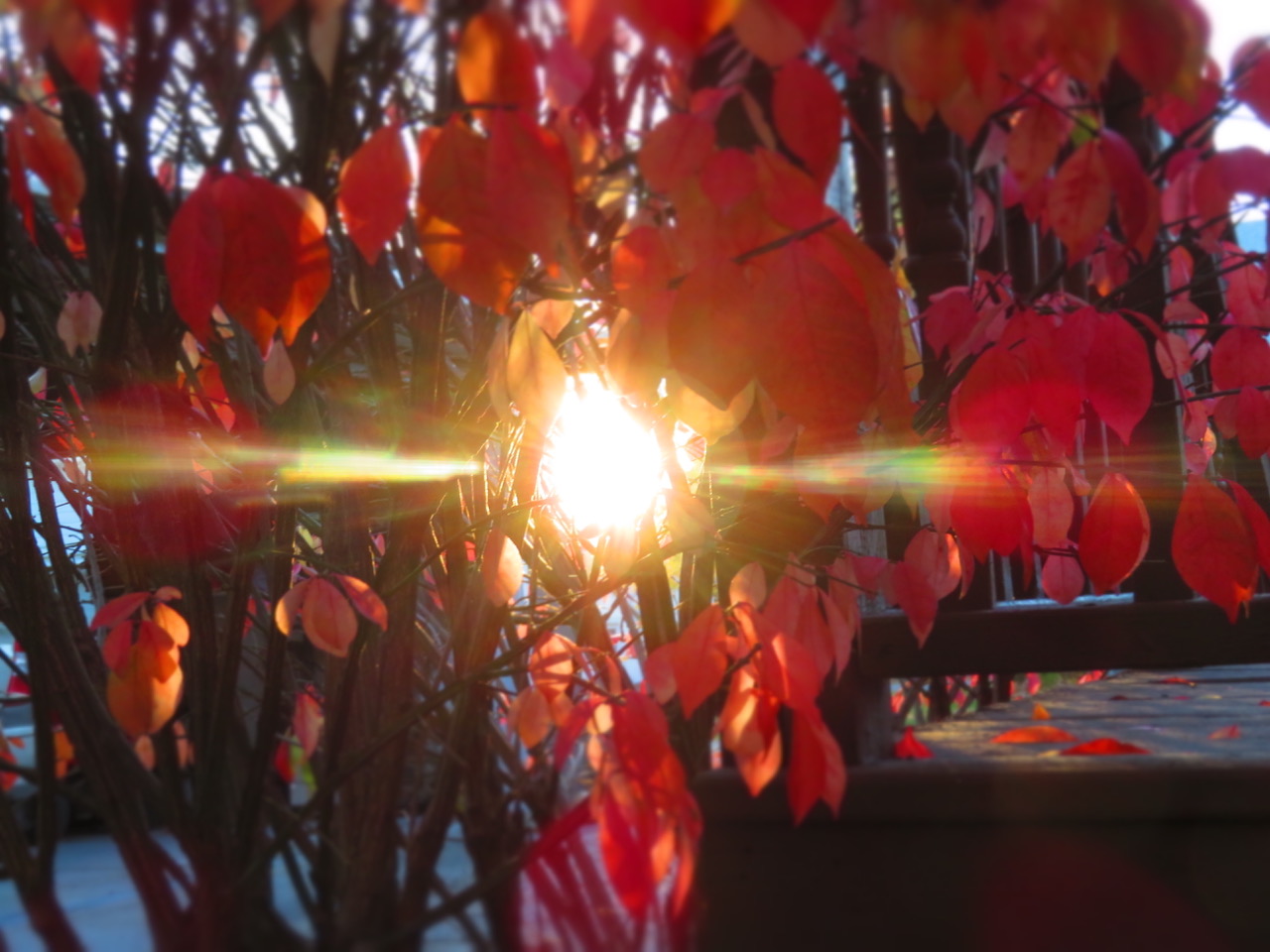 And created curlicues against blue sky. 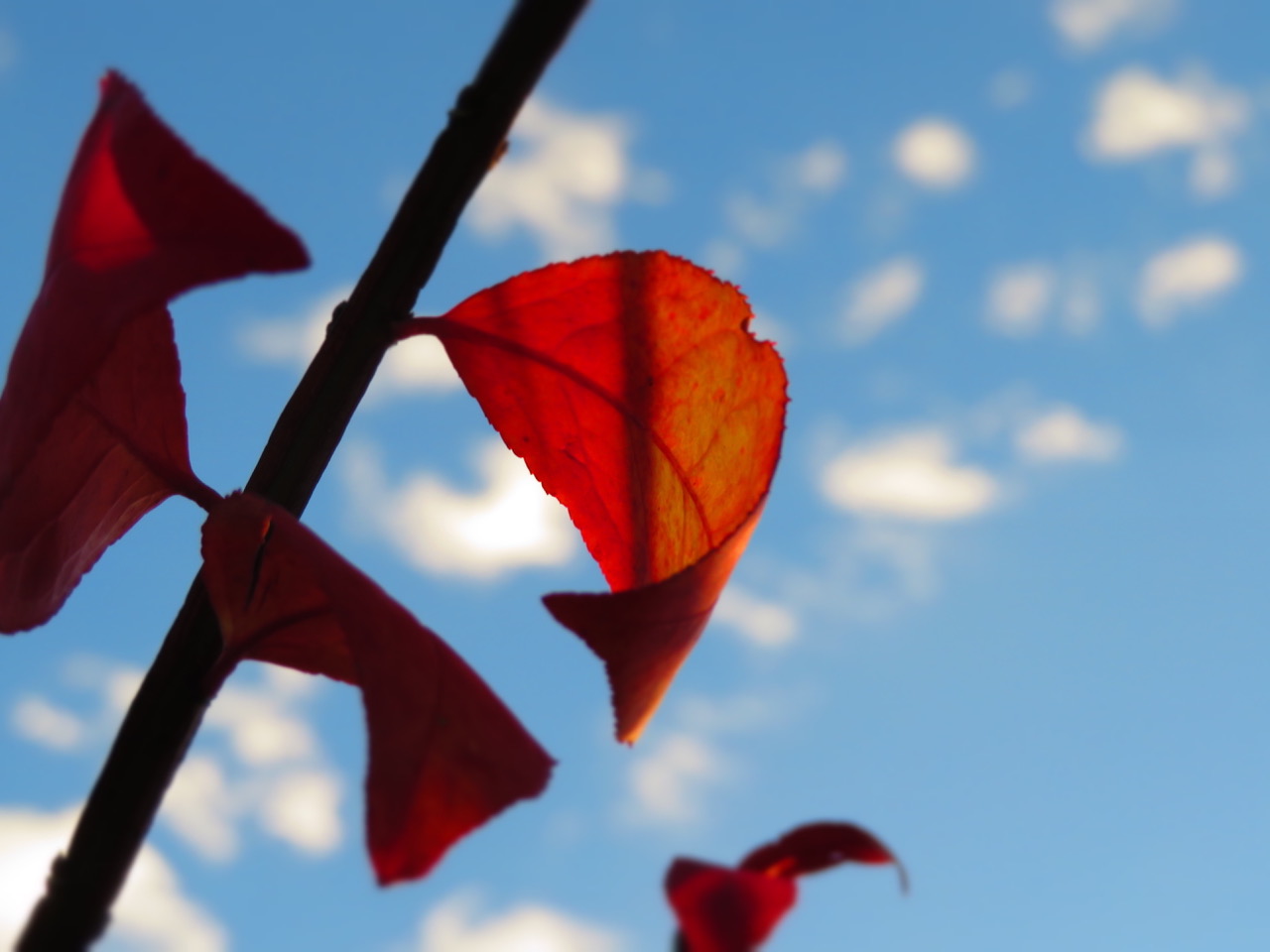 The end of October also sent us the BEST photo of our daughter and granddaughter, before the Hallowe’en night festivities in our little town. 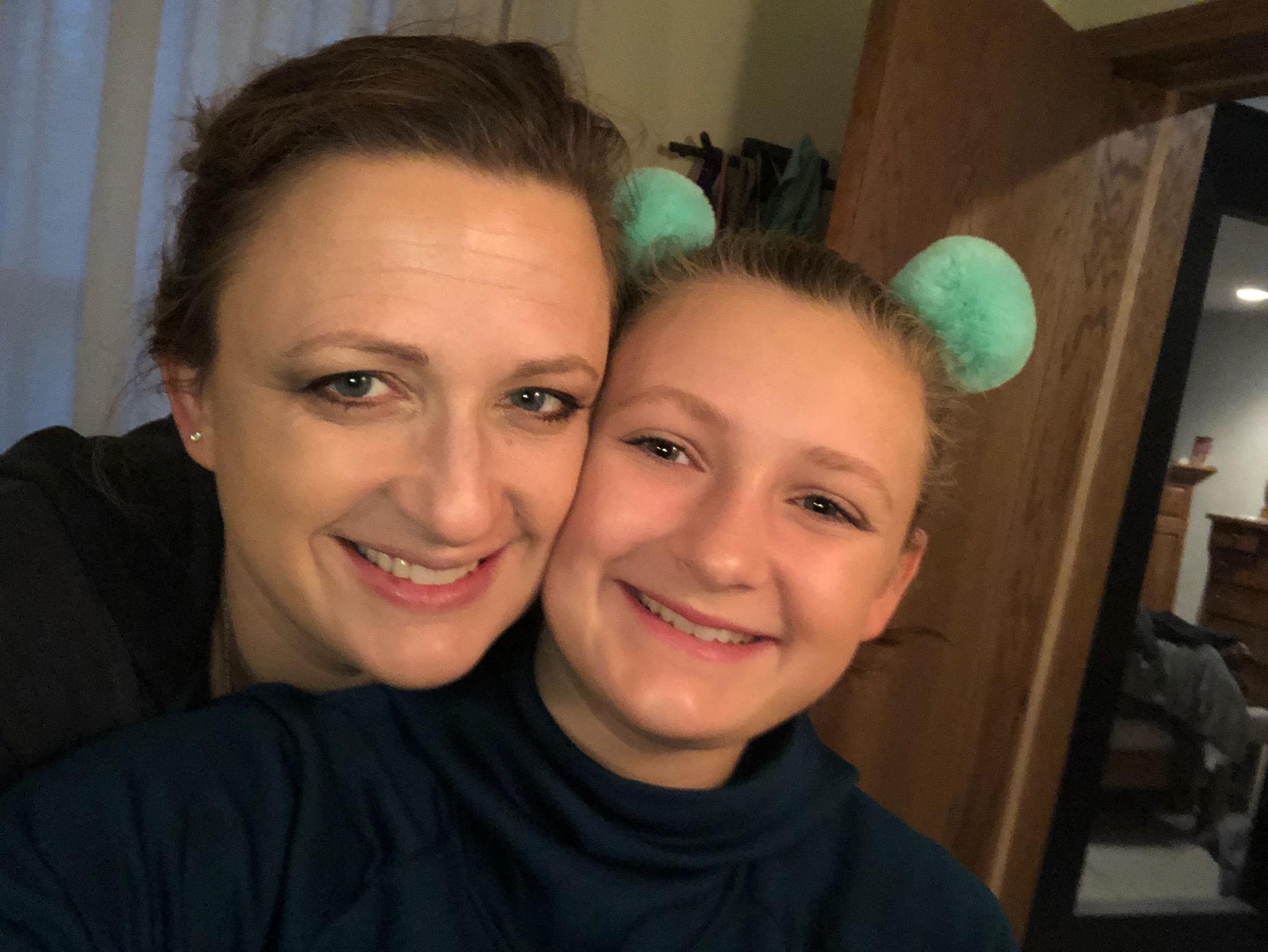 Now, November paves the way for my latest release, Kiss Me Once Again, a World War II novella featuring a young woman used to sacrificing her dreams for the cause. Her name’s Glenora, and I’m delighted to introduce her to you. You’ll like this make-do Greatest Generation woman, and applaud her ability to do what needs to be done–even when it hurts.

This includes giving up her ISU scholarship and her dream of being a home ec teacher and grabbing a monkey wrench to work in her father’s garage when her brother joins the Navy after the Pearl Harbor attack. The fateful day the Arizona sank, taking her high school sweetheart with it, Glenora sealed off a portion of her heart.

Since I’m not one to spoil the story, I’ll let you know exactly where and when KISS ME ONCE AGAIN becomes available.

This marks my first plunge into the world of novellas with my publisher, WordCrafts Press, which also published A Purpose True. I’m so grateful to be connected with them–for one thing, the editor is a former Green Beret. You might want to check out their other publications at wordcrafts.net/