Cherie Dargan, an author friend from the Cedar Falls area, is celebrating an IOWA book to which she contributed. She’s going to tell us more about it, and is offering a signed paperback copy to a commenter.

IT ALL STARTED WITH A DATE….AND RUTH SUCKOW

First, a joke I used to tell my Literature students: Ruth Suckow is the most famous Iowa writer you never heard of. But she was hot stuff during the 1920s through 1960. And the famous editor H. L. Mencken praised her work in the 1930s, calling her the “most important female writer in America.”

Over 20 years ago, my then boyfriend, Mike, thought that taking me to the Annual Meeting of the Ruth Suckow Memorial Association in Earlville, Iowa sounded like a great date. So, we piled into a van driven by his former UNI Professor, Barbara Lounsberry, and another Suckow scholar, Harvey Hess.

We were in the back seat, and seemed to be hurtling down the road, and Mike handed me the book with the collection of short stories we were going to discuss. I had never heard of this woman, and I was an English teacher, had been an English major, had taken numerous literature courses at two universities. I had no idea that there was an early feminist writer who captured the Iowa of yesterday that my mother and grandmother knew. It was love at first read. I read many of the stories and was able to join the discussion.

I enjoyed the meeting and made some new friends. I devoured her books and was struck by her strong female characters, her description of what we have dubbed the generation gap, and her fierce determination to transcend categories and labels.

I added one of her stories (A Rural Community) to my Intro to Lit class, and found my students understood Suckow, and loved her descriptions. I added an essay that Ferner wrote about forced farm sales during the great depression. One of my students asked me, “Cherie, you don’t have a crush on a dead guy, do you?” Apparently, I talked about Ferner, her handsome, much younger husband, more than I thought. (Want to read her short stories? Go to the Suckow website, www.ruthsuckow.organd you can find out more about her life.) Here is an essay by Barbara Lounsberry, the President of the RSMA, introducing the group of short stories on the Iowa Digital Heritage site. www.ruthsuckow.org/home/iowa-digital-heritage-collection

There are now 21 items on the Iowa Digital Heritage Site, including 18 short stories, a novella, “A Part of the Institution,” .and two books, The Kramer Girls and The Odyssey of a Nice Girl.

Jon Lauck, a professor from South Dakota, visited one of our Annual Meetings, and announced he was writing a book about the Midwest, and invited me to submit a proposal. The results were  a chapter about Ruth Suckow. (The Midwestern Moment: The Forgotten World of Early Twentieth Century Midwestern Regionalism, 1880-1940. Edited by Jon Lauck. Hastings College Press, Hastings, Nebraska. 2017. My chapter was “The Realistic Regionalism of Iowa’s Ruth Suckow.”)

In 2016 Barbara Lounsberry and Rosemary Beach partnered to create the Cedar Falls Authors Festival and invited me to join the planning committee. I had just retired and quickly became busy with volunteer work. I became the webmaster and learned a great deal about the five best selling, nationally known writers with ties to Cedar Falls: Ruth Suckow, Bess Streeter Aldrich, Robert James Waller, James Hearst, and Nancy Price. We went on to plan 60 programs for the year of 2017/2018 and it was wonderful. It also prepared me to write this chapter.

The Sower and the Seer: Perspectives on the Intellectual History of the American Midwest. March 2021. Wisconsin Historical Press.

For this book, I focused on Cedar Falls, Iowa. My friend Barbara Lounsberry, the President of the RSMA, dubbed it the “City of Writers.”

Here is the summary of my chapter.

the Civil war by a decade: this frontier town became a railroad town, provided

a home for Civil War orphans, established a college to train teachers,

supported a newspaper, created a library, and built a number of churches. Along

the way, it became an important hub for readers and writers: five best-selling

The secret of this town’s success? A persistent focus by a succession of civic leaders on the fertile blend of literature and the land. Many towns had literary societies, but early Cedar Falls had Peter Melendy, founder of the Cedar Falls Horticultural and Literary Society in 1859. His motto,“the mind and the soil,” bore fruit in the creation of a city with beautiful parks, gardens, and trees complemented by a vibrant literary culture with a modern public library. This chapter explores the city’s early history, examines several community organizations that fostered reading and discussing ideas, and explains how the community has honored its five best-selling authors.

What did I learn by researching and writing this chapter?

I discovered the three reasons that Cedar Falls became such a literary powerhouse:

Finally, the college brought educated people to the community to serve on the faculty, giving the townsfolk opportunities to interact with them.

Without these men and women, and their vision for Cedar Falls as the “Garden City” and the city of a bustling modern library and university, Cedar Falls would be a very different community today.

Five Things I learned from writing my chapter

Cherie is a retired Community College teacher who reinvented herself in retirement: she is an active volunteer, a writer, blogger, and family historian working on a trilogy about a midwestern family named Grandmother’s Treasures.

Cherie earned her B. A. from Buena Vista University, an M. A. from Iowa State, and another M. A. from the University of Northern Iowa. She is a member of the Cedar Falls Supper Club, served on the Planning Committee for the Cedar Falls Authors Festival, and continues to do research on Iowa writer Ruth Suckow. She’s webmaster for the Ruth Suckow website as well as the Cedar Falls Authors Festival. She is also the President of the League of Women Voters of Black Hawk and Bremer Counties, and the webmaster of their website.

Welcome to Karen Allen, a cancer survivor who uses her experience to encourage others. Karen’s book cover features lavender rather than pink to encompass all types of cancer, and she’s giving away a copy of her book to someone who leaves a comment.

Sixteen years ago I was diagnosed with breast cancer while working in a cancer research laboratory at the Comprehensive Cancer Center at the University of Alabama at Birmingham. God was gracious in that the diagnosis stemmed from an enlarged lymph node deep in my armpit. Surgery was followed by chemotherapy and radiation treatments. Over the next nine months the Lord dealt with me in some incredible ways turning my cancer journey into a faith journey. Indeed, my prayer a month before my diagnosis had been to increase my faith! So wah-lah . . .

Not only did God answer my prayer but He did “exceedingly, abundantly” by expanding my experience to help others turn their cancer journey into something positive. Throughout my ordeal I wrote periodic updates and emailed them to friends and family, many out of state. (Blogs were not the norm at the time.) I learned my emails were being distributed literally all over the world! Turns out, they were a source of inspiration and hope. I considered writing about my journey and approached my pastor. We felt a book would be useful but that a cancer Bible study would be even more useful. I liked the idea.

After several years and lots of setbacks, Confronting Cancer with Faith is now available as a 6-week Bible study (5 lessons per week) written to bring encouragement, comfort, and hope through the trials of cancer or any chronic illness. Confronting Cancer with Faith focuses on God, His promises and attributes. I use my experiences as anecdotes, lessons, and stories to highlight God’s work and personal touch.

The book is perfect for a small study group or cancer support group but also adapts as an independent or friend-to-friend study. Cancer survivors, co-survivors, clergy, caregivers, or anyone wanting to learn more about what a cancer patient goes through will be enlightened, encouraged, and informed by this study. Topics include fear, brokenness, death, hair loss, effect upon family members, acceptance, treatments, side-effects, relationships, perspective, wearing the survivor label, and finding contentment in the aftermath of cancer.

The book is published through Ewe R Blessed Ministries and can be ordered from Amazon. It has received international attention and won the Christian Choice Book Award for Bible studies. A quality CD entitled “The Comfort of His Holiness” produced by me and my husband can be purchased separately if desired. Both the book and CD have garnered positive feedback.

You may reach Karen at:

I’m so delighted to welcome Lyn Vande Brake, whom I’ve known for several years. She’s a spunky gal with a boatload of energy and ideas. I’m looking forward to the release of her non-fiction book about how women can carve out our own little spaces in this busy world. She lives just off I-35 with her husband and a sweet array of the cutest animals. She’s graciously giving us a peek… 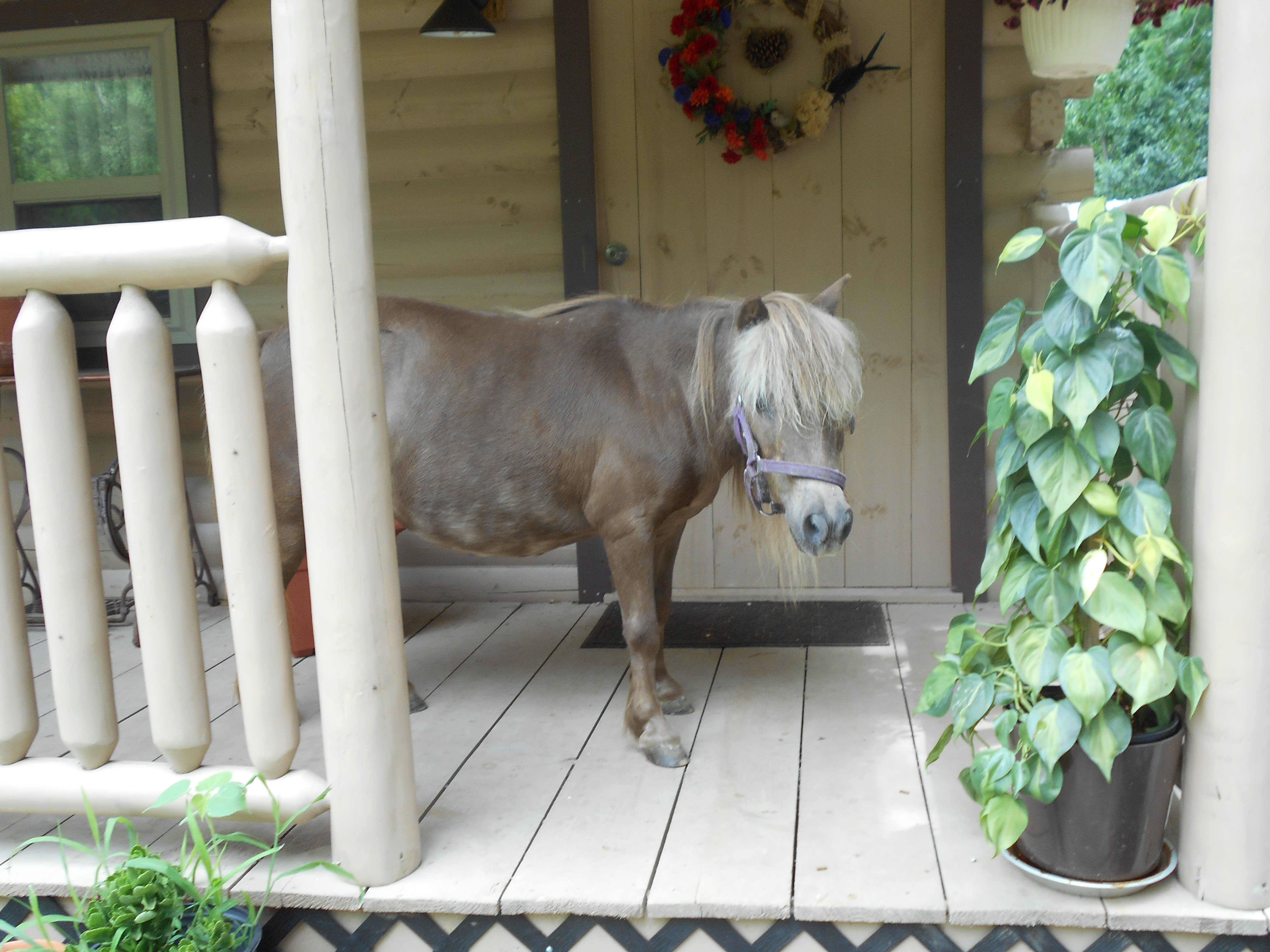 I am often asked, how do you write a book? The answer is, the same way you eat an elephant; one bite at a time, or in this case, one word at a time. Words turn into sentences which make paragraphs that become chapters and before you know it 40,000 words in 18 chapters are sitting in a Word Document.

The golden rule is ‘write what you know.’ Ask yourself, what’s happening in your life; significant or not, happy or sad, life altering or mundane. Life shows up every day for everyone, and over time is always a mix of all of these. It’s amazing what one  might consider as trivial that can turn into best-seller material.

I think of award-winning humor writer Erma Bombeck, the All-America housewife of yesteryear who raised three kids with her typewriter sitting on an ironing board so she could find time to write. Bombeck would become a household word back in the 1970’s  and ’80’s, making appearances on Johnny Carson and ABC’s Good Morning America. Nine of her twelve books, all about the joys of doing laundry, house-training a new puppy, and attending PTA meetings, appeared on the New York Times Best Seller List. Bombeck, when interviewed on how she got her start, said the first piece of real fiction she wrote was the weather forecast for the Dayton Herald News, a small hometown newspaper, where her most substantial contribution was as the obituary writer.

A couple years back, I was in desperate need of an escape place that would enable me to  run away from a husband whom I dearly loved but with his retirement, was driving me nuts. I found and purchased a little one-room Amish-built shed. Upon its delivery, I placed it in the center of my pony pasture and created sacred space in the shape of a she-shed where I reveled in quiet solitude. 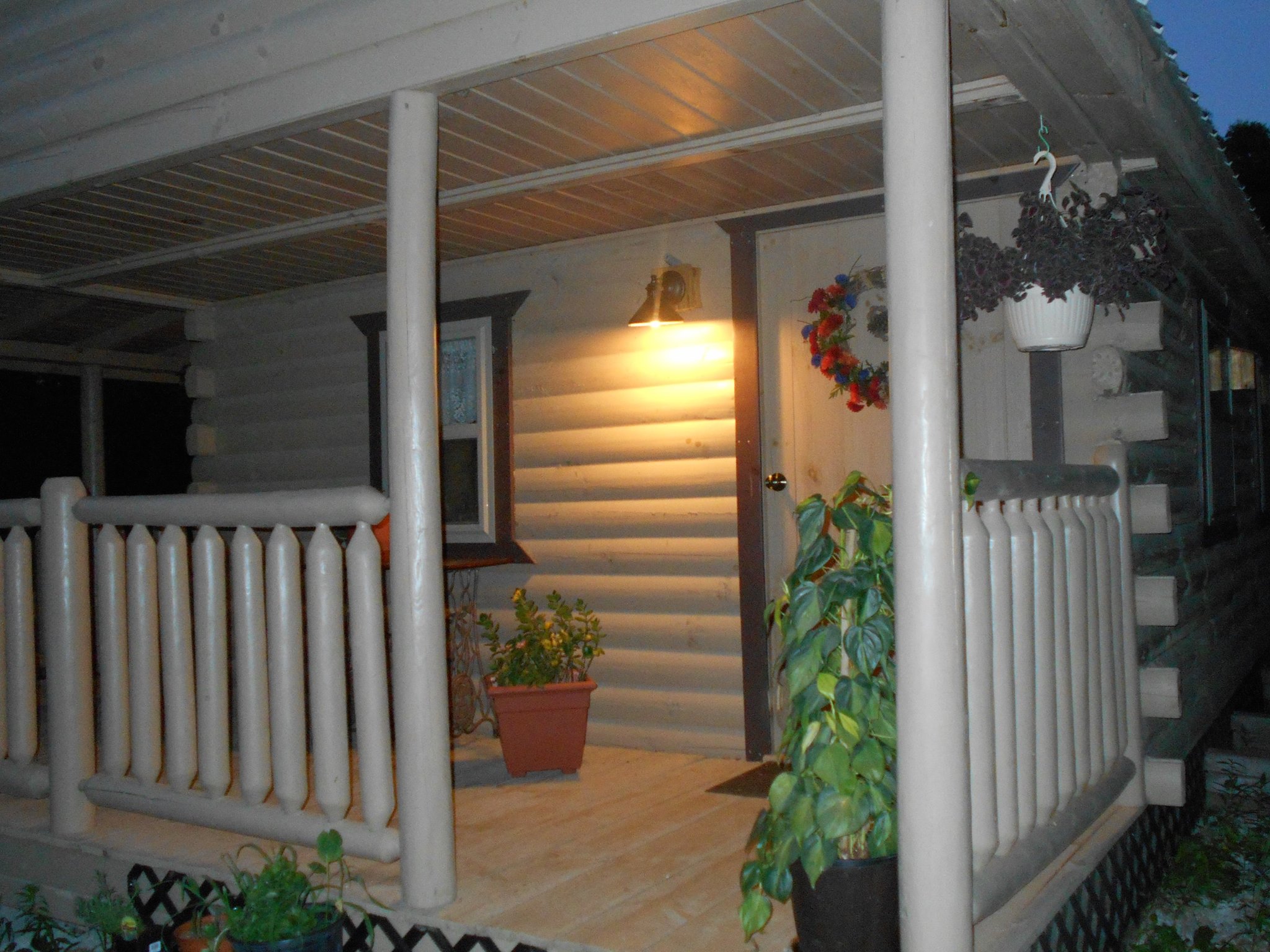 Twenty-four chapters and a book proposal later, I have The Shaping of a She-Shedsitting at a publisher’s under spec.

How did I do this? One bite at a time. 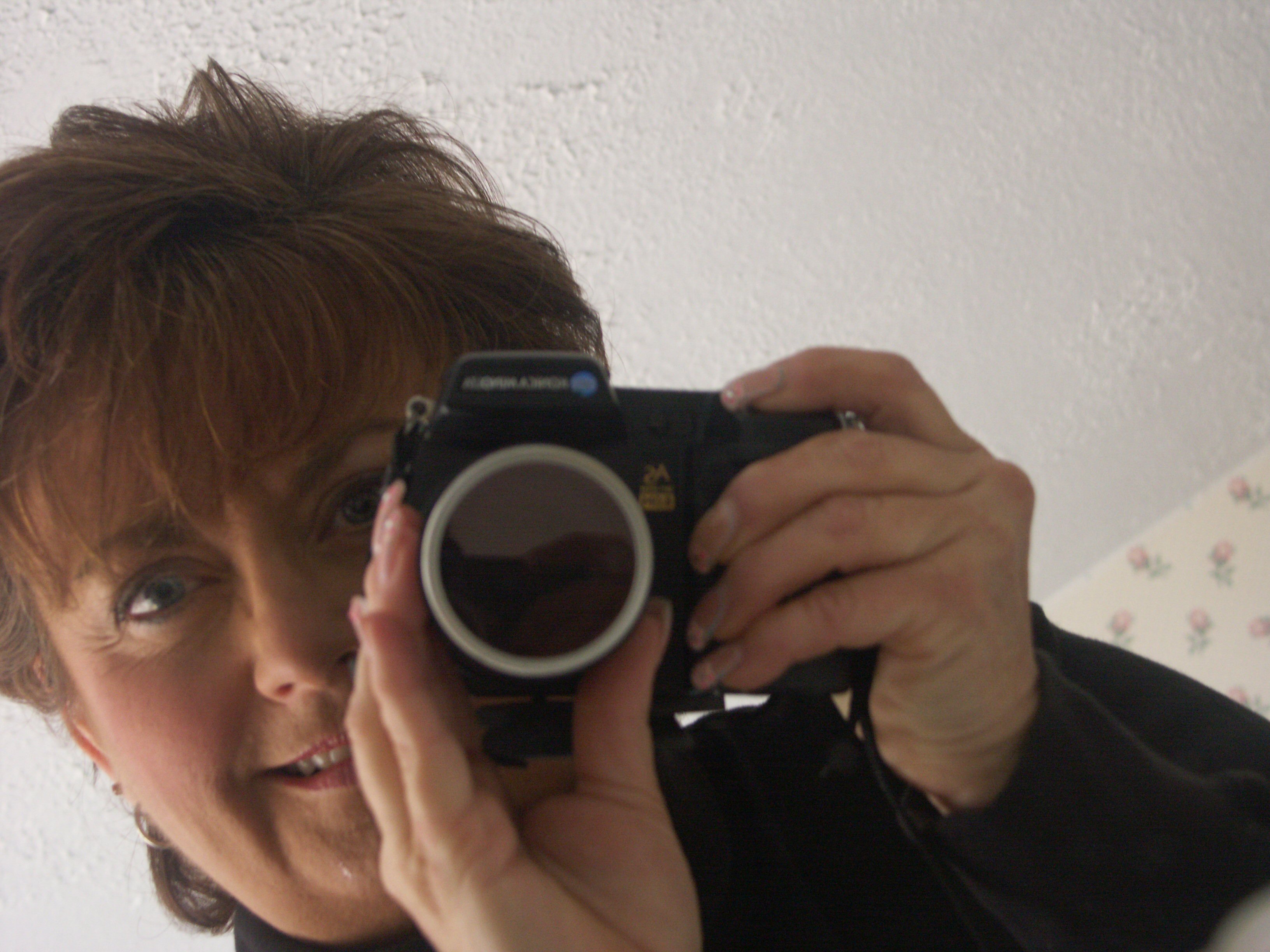 Lyn Vandebrake is a published writer with her work appearing inFocus on the Family, Homelife, Baptist Press, Positive Living, Mountain Living, Alive, Living the Country Life, Christian Womanhood, The Summit and others. Visit her website at     www.lynvandebrake.com

Another note: Lyn, Carol Hedberg and I will be hosting a day-long WRITING FROM THE HEART workshop in Story City on November 19. If you need a creative getaway, check out our FB pages for more information.